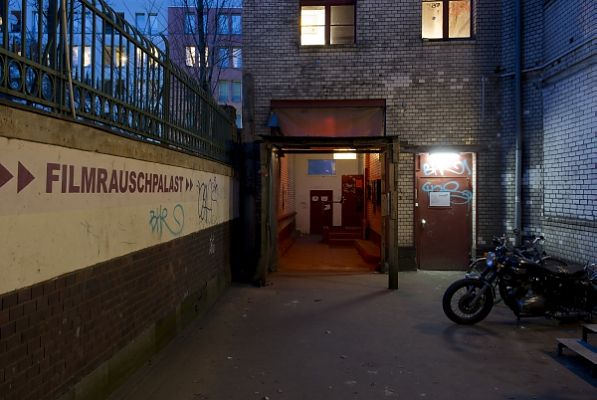 In 1991 Filmrausch e.V. moved into the former butcher’s shop of the Prussian army on the Lehrter Straße in Moabit. Within a few months they cleared out the building and opened the Kulturfabrik Lehrter Straße, with the Filmrauschpalast on the first floor of the back courtyard and the Open-Air-Kino “Windlicht” in the second courtyard. For at least five “generations” volunteers have run the theatre. The beer is free for the person running the projector, but otherwise no one is paid. The indoor theatre regularly screens three films a day. In addition there are a number of individual events like the film series ab:sicht and the “Favourites Film Festival.”