A portrait of a modern family: the grandmother lives with her partner in the ground floor of a New York house and her daughter lives upstairs with her granddaughter Ray. Ray has felt like a boy for years and wants to start hormone therapy. 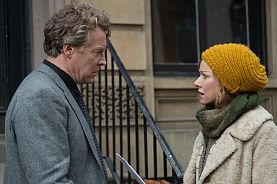 Ramona, or Ray, is 16 and has known for a long time that she is a boy. What is missing is parental approval for gender affirming surgery. The patchwork family has to first overcome their differences in order to sign the important document.

Mike Mills 20TH CENTURY WOMEN is a warm-hearted trip to late 70s sunny California. Single mom Dorothea (Annette Bening) wants to help her teenage son Jamie get through puberty with the help of her patchwork circle of friends.

Once upon a time Disney's most iconic villain was a warm-hearted woman. But then her homeland was invaded and after she is betrayed by her closest friends, her heart turns to stone. In order to protect her homeland, she places a curse on the king's ... 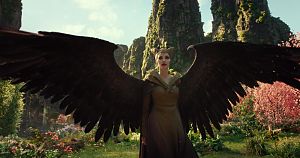 Sequel to Disney's dark-fairy-fantasy. Aurora wants to marry the Prince and leave the moors, which angers the razor-cheekboned Maleficent. 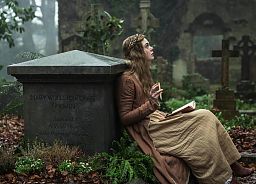 Mary Wollstonecraft is only 17 when she falls hard for the romantic – and married – poet Percy Shelley and runs off with him and her sister. She writes her classic novel“Frankenstein“ at 21. 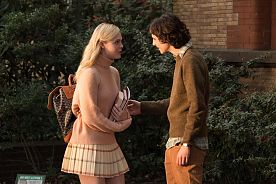 A Rainy Day In New York

A RAINY DAY IN NEW YORK is another entry in Woody Allen's list of light urban romantic comedies, following MIDNIGHT IN PARIS, TO ROME WITH LOVE, and VICKY CRISTINA BARCELONA.

1864. A school for girls offers a place of refuge in the middle of the Civil War. An injured soldier is brought to the school, and everything starts spiraling out of control.

The Roads Not Taken

Leo (Javier Bardem), who suffers from advanced brain atrophy, a kind of dementia. He spends his days under the bed covers in his barren New York apartment while his daughter Molly (Elle Fanning) tries to look after him.