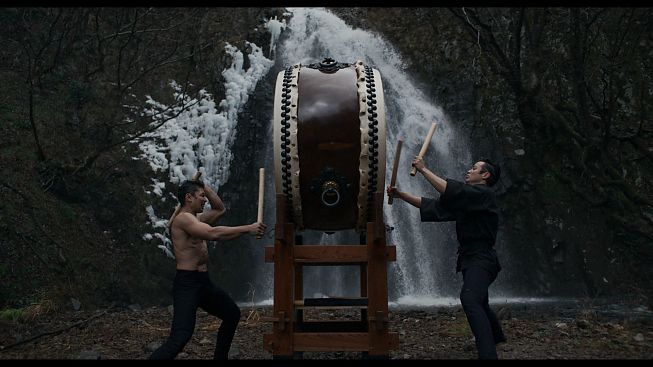 Beauty without a word

This week sees two new releases which are not in English but can still be understood without any knowledge of another language.

EL FULGOR shows a seemingly contradictory life of Argentinian gauchos. During the day they herd and slaughter cattle, work the land and sit by the fire without speaking a word. But then the film shows them get ready for a sparkly and very fabulous parade where all that is being said is joyous shouting. At the end there is a brief spanish poem but this is just a small final flourish.

Equally, SHIVER, a documentary about Taiko drumming is a film that is experienced rather than understood. Yorick Berta describes it as an auditory massage. The sound of the drums competes with natural sounds like waterfalls and around the drummers, masked dancers are performing an entrancing choreography.

Beauty without a word