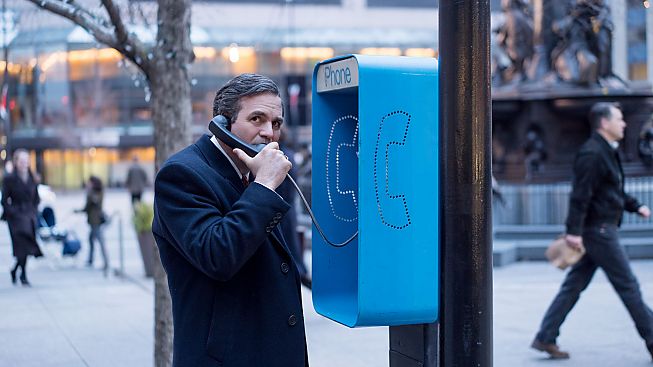 Todd Haynes (SAFE, FAR FROM HEAVEN) and his regular ace DP Edward Lachman prove that there is room in a conventional legal drama for artistic grace.

Something’s not right in the town of Parkersburg, West Virginia. Animals are dying from massive tumors, children have black teeth, and rocks in the river shimmer with an eerie silver coating. One local farmer, whose land has turned into a cemetary for his livestock, is positive that the culprit is DuPont, the chemical manufacturing giant and primary employer in Parkersburg. Once the corporate lawyer Robert Bilott (Mark Rufallo) does a little poking around, we soon discover that while the farmer is right, the problem is much, much worse.

With DARK WATERS, director Todd Haynes continues an impressive winning streak that began with 2015’s beautiful heartbreaker CAROL and includes 2017’s underrated and underseen WONDERSTRUCK. With these films, Haynes has smoothly begun a new chapter in his career, one that finds him stepping away from creating overly-devotional homages to his artistic touchstones. In doing so, Haynes has effectively honed in on the kind of subtly probing and deeply rewarding approach that made his early film SAFE a classic of American indie cinema.

Of course, DARK WATERS isn’t as peculiar or ambiguous as SAFE. Rather, Haynes’s new film belongs to a tradition of true-story exposés that includes A CIVIL ACTION, ERIN BROCKOVICH and the more recent SPOTLIGHT. This time, Haynes and his regular ace DP Edward Lachman prove that there is room in a conventional legal drama for artistic grace. Plus, as he did in SPOTLIGHT (and ZODIAC), Ruffalo once again excels at demonstrating the psychological toll that the pursuit of justice can take.

But the main thing that viewers are likely to take away from DARK WATERS is a sense of indignation. Even if you’re familiar with the poisoning scandal behind DuPont’s toxic Teflon creation, you’ll probably be shocked by how pervasively deep and damaging this case is. Sadly, it’s been twenty years since A CIVIL ACTION and ERIN BROCKOVICH shined a light on communities that had been literally poisoned by free market capitalism, and as DARK WATERS points out, nothing has really changed and there’s no reassuring sign to suggest we’re going to stop anytime soon.