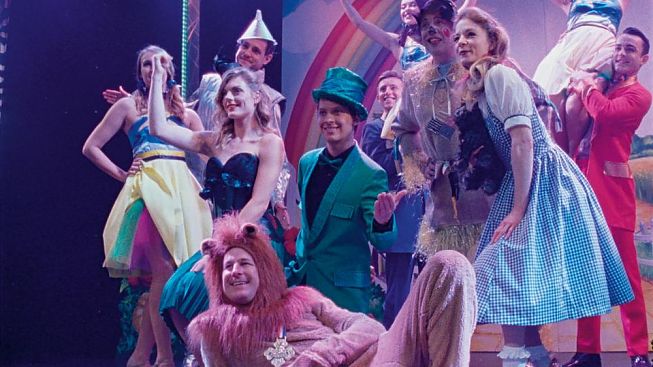 Director Jens Meurer filmed a very personal and loving film about Europe‘s last “End-of-Pier-Show,“ in the seaside resort Cromer in Norfolk and England during the fatal Brexit decision.

The pier in the small seaside resort Cromer on the coast of Norfolk holds a rare event: the last European “End of Pier Show.“ In the pavilion at the end of the pier, a variety show takes place every day in the summer months and on Christmas, a colorful program with singing and dancing interludes, magic shows and comedy. Director Jens Meurer, who is connected to the island through his studies and his British wife, filmed a very personal and loving film about the show, the place and England during the fatal Brexit decision. SEASIDE SPECIAL (which is what the show is called) follows the production of a summer program with the help of some protagonists. There‘s director Di Cooke, who assembles the team and chooses the music numbers and costumes, Mrs. Duniam, who teaches the youngest stage stars at a local dance school and her high-spirited twin daughters, the crab fisherman and Brexit enthusiast John Lee and the local emcee Olly Day, who leads us throughout the film like a revue. Seasons go by, the production takes shape, and in the background the year 2019, perhaps the most bizarre year in the Brexit saga, is running its course. The EU contract is rejected, Brexit is postponed, Theres May steps back and Boris Johnson is elected, and there‘s still some hope that there‘s a way to go back. SEASIDE SPECIAL – shot in luminous, loving 16 mm – was already a nostalgic film when it was filmed, portraying the traditions and solidarity and a slightly eccentric “good old England“ and grieving its loss. Now, you also have to think about the imminent Covid pandemic and Brexit disaster while watching the theater rehearsals. 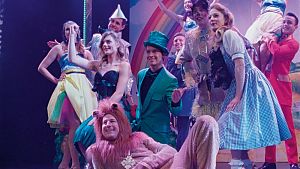 Director Jens Meurer filmed a very personal and loving film about Europe‘s last “End-of-Pier-Show,“ in the seaside resort Cromer in Norfolk and England during the fatal Brexit decision.