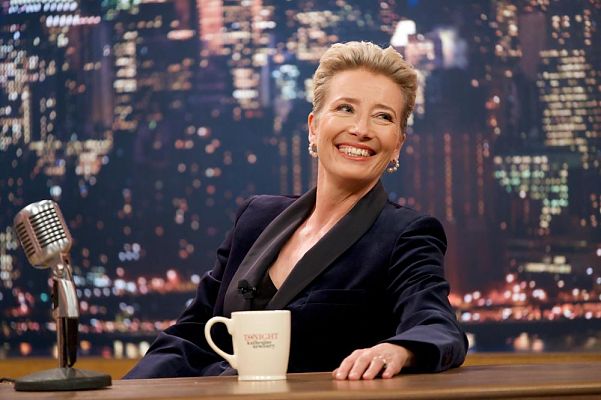 Katherine Newbury (Emma Thompson) is the reigning queen of late night talk shows or rather the only woman in the business. Her own writer‘s room is only populated by young, white men. She‘s barely aware of that because she avoids all contact with the outside world. Instead of pop stars she invites academic luminaries to her show and she‘s never tweeted in her entire life. The living room is filled with Emmys, but the audience numbers are dwindling. When the new network boss tells Katherine that the show is ending, she falls from her cloud. New talent is needed. Immediately. Cue Molly Patel (Mindy Kaling, writer and producer of the TV shows The Office and The Mindy Project, and also the writer of LATE NIGHT). Comedy is Molly‘s passion, but she has zero experience. She has worked as a quality manager of a chemical factory till now. What‘s important for the channel is: she is a woman. Even better, she‘s a women of color. And she cracked a good joke at the job interview. When she‘s warned that “this is a very male environment“ she replies “I met the writers outside. I think excessive masculinity isn‘t the problem.“ More of a warm-hearted comedy than a biting satire, LATE NIGHT thrives on the dynamic between Thompson and Kaling. Katherine is a woman who gives her employees numbers because she finds names too difficult. She turns down the salary increase of a father-to-be: “it‘s like giving a drug addict money.“ Molly doesn‘t keep her feelings a secret and thinks the show needs to be more “personal.“ Katherine fires her numerous times, but Molly simply writes good gags.