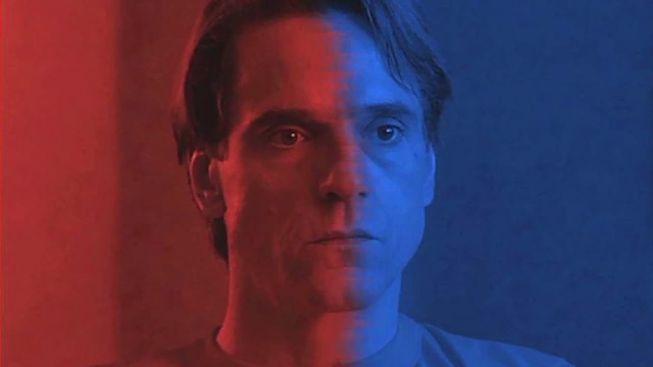 The Cronenberg retrospective continues with his films from the late 80s and 90s. DEAD RINGERS (35mm, OV) was one of Cronenberg‘s big successes. Jeremy Irons plays a double role as gynaecologist twins with a special interest in mutated female sex organs. Their almost symbiotic existence crumbles when they meet actress Claire (Geneviève Bujold). The motif of a fetishistic passion for the interior of the body reappears in Cronenberg‘s recent CRIMES OF THE FUTURE (2022). M. BUTTERFLY (35mm, Omu), Cronenberg‘s adaptation of the Puccini opera, gives the story a gender-twist and sets the plot in the period shortly before the Cultural Revolution. The adaptation of J.G.Ballard‘s novel CRASH (35mm, original with Polish subtitles) was the coldest film that Cronenberg made. Everything is smooth, with modernist surfaces and sterile sex, until a self-destructive group who takes sexual pleasure in restaging famous car accidents stirs the relationships up. Rosanna Arquette‘s supporting role as a crash fetishist who presents her injuries like trophies is legendary. A HISTORY OF VIOLENCE tells the dark noir story about a smalltown family father (Viggo Mortensen) who proves to be a very competent assassin in an emergency. Based on the eponymous graphic novel by John Wagner and Vince Locke.