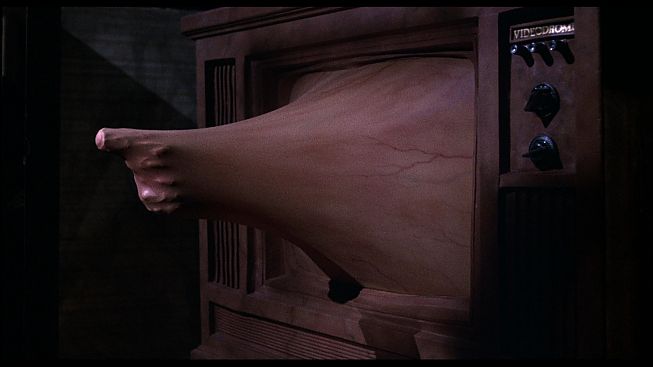 Starting on November 24th, Filmrauschpalast will show films by David Cronenberg, whose new film CRIMES OF THE FUTURE will be released on November 10th. THE FLY (1986, 25mm, German version), the eccentric remake of the 1958 B-movie, was Cronenberg‘s most successful film. The film was indexed in Germany for a long time due to its drastic body horror scenes. In THE BROOD (1979, 35 mm, OV), Oliver Reed tries out unconventional psychological techniques while his top patient Nola (Samantha Eggar) is incubating something. In SCANNERS (1981, 35mm, OV), there‘s a subculture of telekenetics with dark plans who make others heads explode and in VIDEODROME (1983), Debbie Harry sends a body transforming fetish signal through VHS videos.
From 24.11.