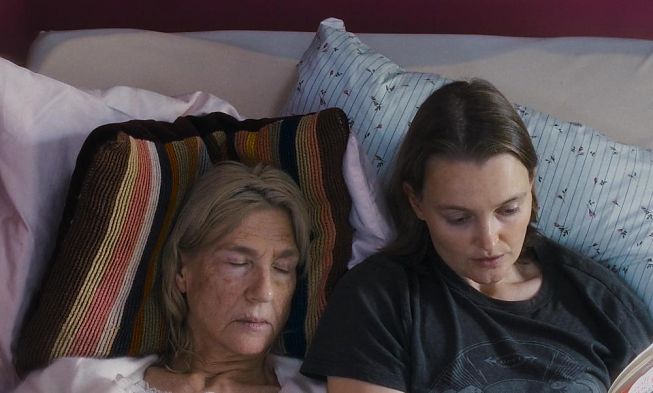 The Death Of My Mother

Juliane‘s mother is gravely ill and will die at just 64. This very personal feature film depicts this special time.

Juliane (Birte Schöink) whispers in her mother‘s ear very gently, very softly, She asks what it looks like, death. The answer, one possibility of many, is what Jessica Krummacher shows in her film. The Bochum director describes describes the fate of her own mother in her second feature. She shows a woman, Kerstin (Elsie de Brouw), who is in a Catholic nursing home. She‘s barely 64, but she is gravely ill and it‘s untreatable. She can‘t go on, she doesn‘t want to go on, yet her attending doctor can‘t help her end her suffering prematurely. So Kerstin only has one way out: she has to reject food and liquids in order to meet her end this way. Her daughter Juliane is by her side, accompanies her, cares for her, day and night. Sometimes she sings something for Kerstin.

In the beginning, Juliane is still confident. But the longer her mother‘s fight against life continues, the more difficult it becomes to understand death. Krummacher‘s attempt to artistically translate her own experience creates free space for reflection. In long, tableau-like takes, the trained documentarian reconstructs the increasingly unbearable process. The formally austere images match the severity of the situation. In the few moments of escape, you often see Juliane eating or drinking while her mother firmly resists the nursing staff who are obliged to regularly offer her meals. THE DEATH OF MY MOTHER isn‘t just a tour de force for the people involved. Nothing is repressed, nothing is hidden, glossed over or shortened. Death comes slowly for Kersin. When it finally does happen, you are relieved as an audience member. But you don‘t regret being there for it. 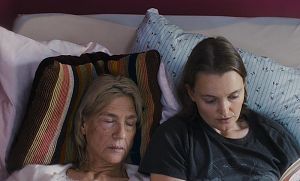 The Death Of My Mother

Juliane‘s mother is gravely ill and will die at just 64. This very personal feature film depicts this special time.