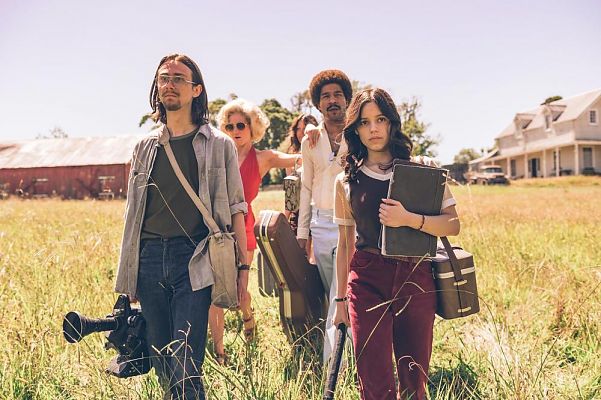 The X in the title of Ti West‘s retro slasher refers to the “no one under 18“ film certificate as well as the x factor, that certain something, which “Farmer‘s Daughter“ actress Maxine (Mia Goth) is told she has by her producer boyfriend. In a “classic“ slasher, the sexually confident, coke snorting young woman would be the obvious first victim, and her colleagues would be unsympathetic cliches that you would like to see die. But X isn‘t prudish or moralistic, it‘s a hell of a lot of fun. When the genre switches from nostalgia porn to splatter halfway through, the film enjoys teasing and subverting genre expectations while also incorporating allusions to slasher classics like FRIDAY THE 13th and ZOMBIE FLESH EATERS. Every bloody and creative kill also shows empathy for the victim, but the desire that drives the murders is stronger. The breathing and moaning of goth chanteuse Chelsea Wolfe on the soundtracks supports the sexual atmosphere, and X ultimately succeeds in doing what “The Farmer‘s Daughter“ is trying to: the film delivers plot, dialogue and characters that could exist without the “lowly“ attraction, combining it in a way that won‘t just make lovers of the genre very happy. 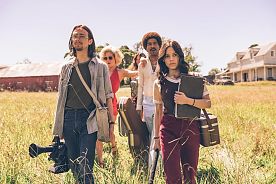