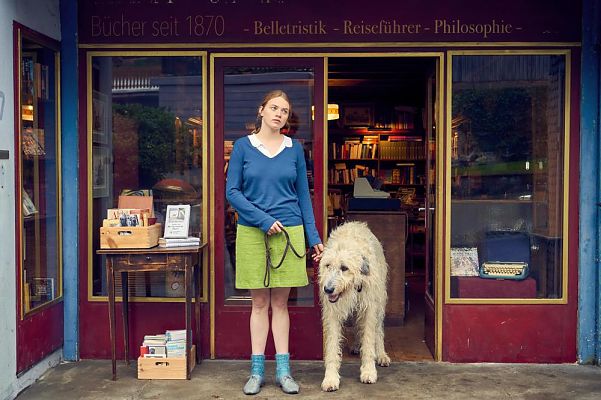 Aron Lehman‘s adaptation of Mariana Leky‘s beststeller largely plays it safe. What is most memorable are the gloriously weird characters of the template.

A village in Westerwald is the setting of the surreal stories that Mariana Leky mixes up together in her novel “Was man von hier aus sehen kann“ (trans. What you can see from here). The focus is 22 year old Luise (Luna Wedler). Whenever she lies, something somewhere falls down. She also draws the most absurd catastrophes that could ever happen. With her stand-offish posture, she walks across the village and would prefer to keep everyone at a distance. But her grandmother Selma (Corinna Harfouch) has dreamt about a okapi again and whenever she does that, someone dies. So no one can find out, otherwise panic will breakout. Secrets get revealed very quickly in the village. Unsaid truths come to light before it might be too late, and the optician (Karl Markovics), who has had feelings for Selma for a long time, wants to finally pluck up his courage. If only he didn‘t have fears that manifest into competing voices in his head. Leky‘s interwining small town cosmos of absurd stories about human nature turned into a bestseller. 700,000 copies were sold in 22 languages which should be a good foundation for the box office. And so Aron Lehmann‘s (DAS SCHÖNSTE MÄDCHEN DER WELT) adaptation plays it safe for the most part. He condenses three chapters that span over 20 years into flashbacks and an off-screen narrator. This works fairly well. What is most memorable are the wonderfully strange characters, brought to life by excellent actors and the outdated village backdrop that Christian Rein (ES IST NUR EINE PHASE, HASE) atmospherically captures with his camera. 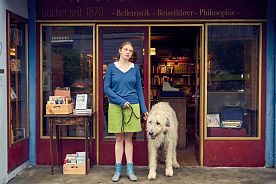 Aron Lehman‘s adaptation of Mariana Leky‘s beststeller largely plays it safe. What is most memorable are the gloriously weird characters of the template.