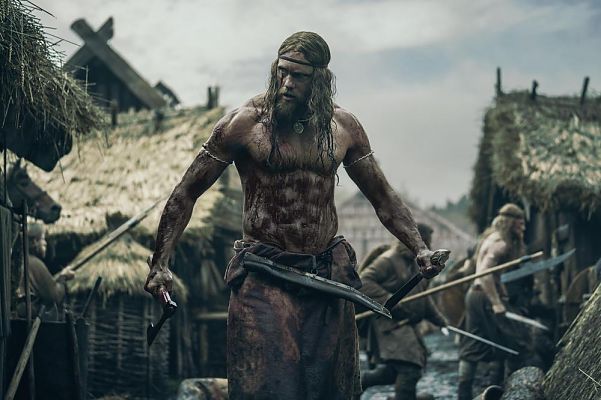 Robert Eggers fulfilled a dream and made a Viking film. THE NORTHMAN is an adaptation of the Nordic saga that went on to inspire Shakespeare to make “Hamlet“ centuries later.

Robert Eggers makes very unique film, to put it mildly. The aim of his work is to be as historically accurate as possible, whether it‘s in his debut THE WITCH about the superstitions of early American settlers or the obsession of two lighthouse keepers in THE LIGHTHOUSE. His new film isn‘t an indie film, but a very expensive, pretty bombastic Hollywood film with a star-studded cast. THE NORTHMAN isn‘t just a viking film, it is the adaptation of the Nordic saga which would inspire Shakespeare to write “Hamlet“ centuries later. The main protagonist is named Amleth and wants to avenge the death of his father. Played by Alexander Skarsgård, who added tons of muscle mass and hair and can split heads with a head butt like a viking. The world of THE NORTHMAN with Eggers‘ almost anthropological gaze is bloodthirsty and archaic: the plot sometimes stands still and all kinds of colorful rituals are displayed in great detail. Dancing around the campfire, initiation rituals and other things that have been researched so exactingly that THE NORTHMAN sometimes seems like it was made by a documentary film team who was given access to 10th century Iceland.

It‘s beautiful to watch, but it does stop the flow of the plot which only really gets going in its last third. The story clearly differs from Shakespeare‘s “Hamlet“ and Eggers slowly but surely soars to the excessive, excessive finale. It‘s completely berserk in is best moments with a fantastic cast which includes Claes Bang, Anya Taylor-Joy, Ethan Hawke, Nicole Kidman, Willem Dafoe and Björk (!), and despite all of its dramaturgic weaknesses it is definitely a very unique and unusual film. 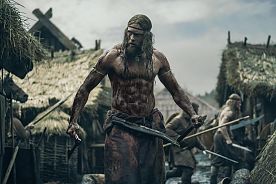 Robert Eggers fulfilled a dream and made a Viking film. THE NORTHMAN is an adaptation of the Nordic saga that went on to inspire Shakespeare to make “Hamlet“ centuries later.