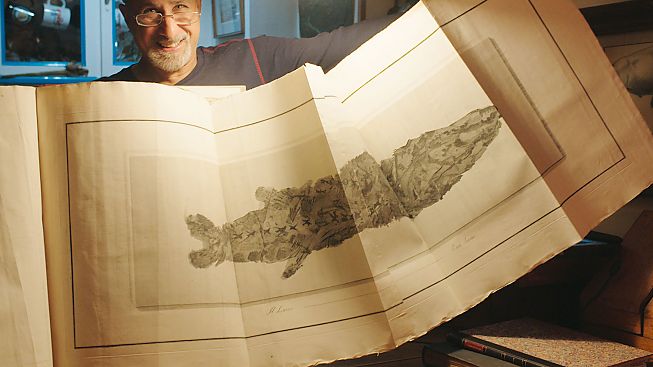 “Books make us whole people,” D.W. Young quotes from Susan Sontag’s letters to Borges in his entertaining and smart documentary THE BOOKSELLERS Young introduces different bibliophiles – especially from New York – who are passionate about collecting and protecting old and rare books. He visits his protagonists at home, in their secondhand bookshops, or libraries and lets them talk – about how their love of books began, or their most unusual experience with a book. There’s the Argosy Book Store that opened in 1925 that sisters Judith Lowry, Naomi Hample, and Adina Cohen took over from their father. They get five to ten real estate agent calls a week, but they won’t give away their house on 59th Street. Jay Walker calls his large private library of fantasy books the “Cabinet of Curiosities.” It’s an architecural homage to M.C. Escher. Writer Fran Lebowitz admits to Young that she never lends books. She once lent a book to David Bowie – and he never returned it.
The future of the field, which has enormously changed due to internet auctions, e-books, and bookstore chains, is something the protagonists are partially worried and partially optimistic about. Young creatives are convincing with their new ideas and are actively engaged in bringing more diversity. Heather O’Donnell and Rebecca Romney encourage young women from the US to become book collectors – with an annual prize for the best collection. You don’t have to be rich to collect books – the most interesting collectors see something that others don’t. THE BOOKSELLERS inspires you to collect special books as well and to trust Jorge Luis Borge: “the library will survive, it is the universe.”