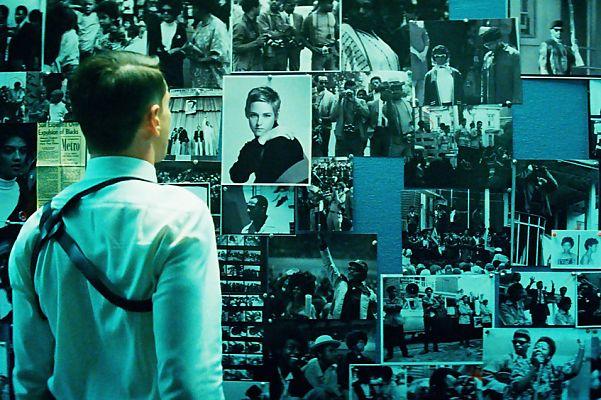 SEBERG tells the story of actress Jean Seberg (BREATHLESS), who was driven to numerous suicide attemps by J. Edgar Hoover‘s FBI because she was involved with the black civil rights movement and the Black Panther party.

There’s a compelling story at the heart of SEBERG, in which we see J. Edgar Hoover’s FBI enact an ugly campaign of surveillance and harassment against BREATHLESS actress Jean Seberg. It all starts in 1969, when Seberg (Kristen Stewart) befriends some controversial figures in the American civil rights movement, including Hakim Jamal (Anthony Mackie), who has ties to the Black Panther Party despised by Hoover. Under the right circumstances, this true-life tale could provide a unique perspective on race and class issues in America, as well as a look at how a corrupt, unregulated and racist federal agency can ruin the lives of the people it’s supposed to protect.

So it’s frustrating that the film stumbles around these issues without taking the opportunity to do something interesting with them. But perhaps even more disappointing is that while the story unfolds, we gain very little insight into the title character. We’re essentially kept at arm’s length as the FBI first uses Seberg’s affair with Jamal to drive a wedge between them and the Black Panthers, and then begins a heartless smear campaign meant to “neutralize” Seberg’s public voice. During this time, we observe Seberg as a liberal-minded artist and activist who struggles to keep it together while sinister forces pick apart her life – but we never get beyond the surface of this enigmatic figure.

One of the reasons the movie fails to get inside Seberg’s head is because it needlessly divides its attention between Seberg and Jack Solomon (Jack O’Connell), one of the FBI agents stalking her. Throughout the film, we check in on how the case is mildly disrupting the idyllic homelife of guilt-ridden Jack and his young wife Linette (Margaret Qualley), who’s studying to become a doctor. These scenes come across as a cinematic yawn, which is another shame since there’s a gripping movie to be had in how Hoover’s sinister brand of total surveillance wreaked havoc on the emotional and mental health of his agents. In trying to show both sides, SEBERG does justice to neither.

Along with the wasted story opportunities, SEBERG also wastes a talented cast and some perfectly moody cinematography by Rachel Morrison. If the script had dug deeper into this rich material, and director Benedict Andrews had found a way to bring Seberg’s inner life to the screen, then maybe we'd have a movie worthy of this tragic moment in history.