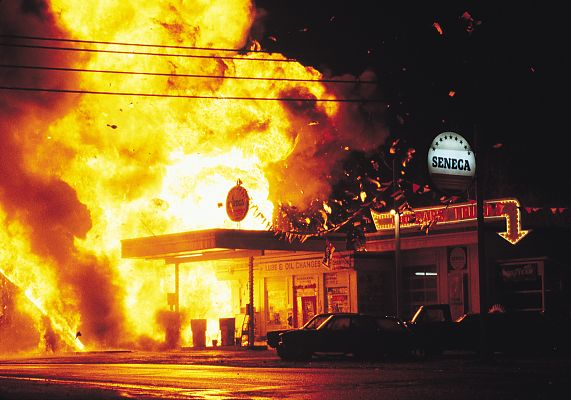 Vietnam vet John Rambo (Sylvester Stallone) is passing through the small town of Hope, Washington. His unkempt appearance has him ejected from the town by the local Sheriff (Brian Dennehy). When Rambo resists this arbitrary decision and returns to the town, the Sheriff has him arrested and harrassed by his deputies. Which in turn brings up traumatic memories in Rambo and makes his rely on the special skills he picked up as a Green Beret.

The first installment of the franchise which would characterise 1980s pop culture as well as US foreign policy under Reagan is still not the testosterone fest that James Cameron turned the sequel into.
It is more concerned with the way American society at the time was perceived to treat the men returning from the war than with displaying US military superiority and famously only features a single fatality