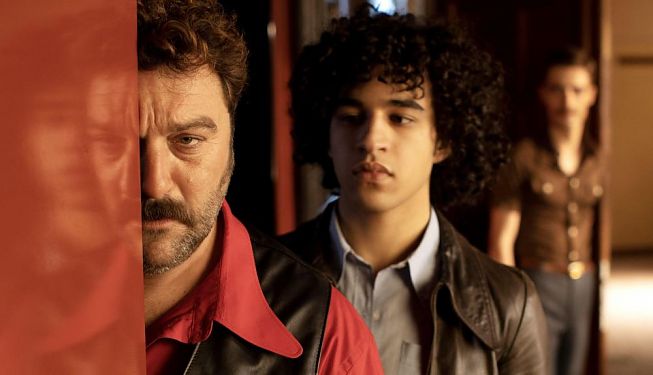 The title of François Ozon‘s most recent homage to his idol Rainer Werner Fassbinder let‘s the cat out of the bag right away: firstly, the French director switches the roles. The original version of THE BITTER TEARS OF PETRA VON KANT had Margit Carstensen embody the title role of the wonderfully tragic and broken diva, now Denis Ménochet plays Peter, who dominates the screen with his sturdy masculinity. But not only that. Ozon has robbed the protagonist of her bitter tears, thereby taking away the film‘s original melodramatic power. Peter will also grieve his lost love with tear-filled eyes, but not with the same intensity that you can find in Fassbinder. This doesn‘t mean that PETER VON KANT is emotionless. Ozon accentuates other things in his film, but the plot mostly remains the same. An unequal relationship develops here between Ménochet‘s director Peter von Kant, who replaces the famous fashion designer Petra and is based on Fassbinder himself, and young Amir (Khalil Gharbi), who his former muse Sidonie (Isabelle Adjani) introduces him to. A wild flirt turns into a toxic relationship when the young handsome man notices how dependent on his affection his patron has become. As a quiet witness of the drama, which is staged as an erotically charged chamber play with Ozon‘s typical eye for detail, assistant Carl (Stéfan Crépon) comments on what happens every scene. His wonderful eye acting is one of the highlights of the film along with Hanna Schygulla‘s appearance. The big diva of European film builds a bridge between Fassbinder‘s template and Ozon‘s ‘loose adaptation:‘ in Fassbinder‘s film she was the mistress, today she takes on the mother role and sings “Schlaf, Kindchen, Schlaf“ to her son at some point. 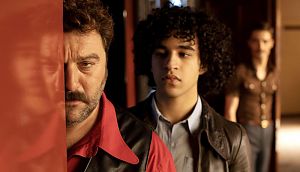