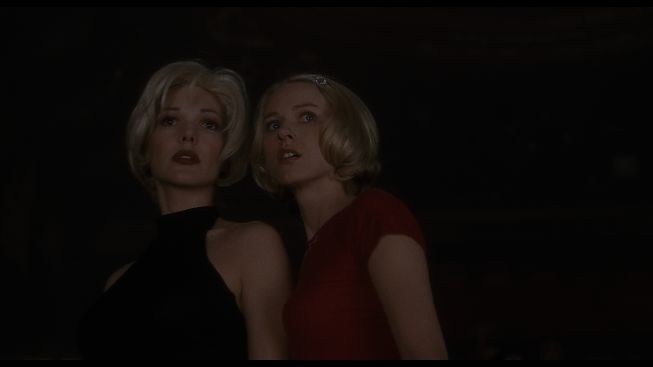 After being in a car crash, a brunette who calls herself "Rita" seeks shelter at the house of aspiring actress Betty (a blonde). Together they investigate a mystery which keeps on getting more cryptic the more the two find out.

In the middle of the night on MULHOLLAND DRIVE, a brunette beauty (Laura HArring) is involved in a car crash. She loses her memory and seeks shelter in a house, which belongs to the aunt of aspiring actress Betty (Naomi Watts). Not knowing her real name but resembling Rita Hayworth, the amnesiac decides to take that first name for the time being. Together with Betty, Rita descends into the nightmarish underbelly of Hollywood, seeking answers and only coming up with more and more questions.
It is a David-Lynch-film, after all.