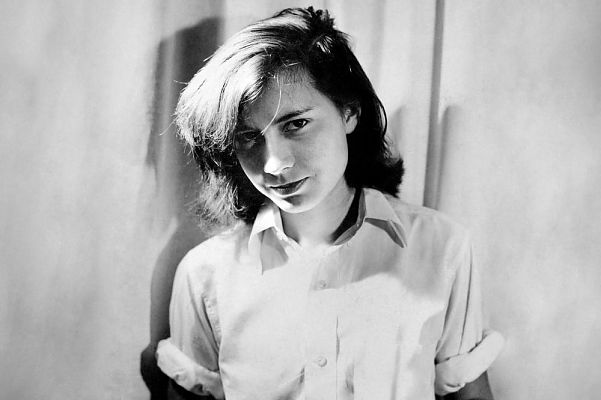 In the documentary LOVING HIGHSMITH, Patricia Highsmith‘s private life is at the center: the diaries that were published in honor of her 100th birthday give intimate insights, former lovers appear in front of the camera and get a chance to speak.

A woman in Texas becomes one of the crime writer of her time, celebrated in metropolises around the world. She kept her lesbianism a secret until she was about to die. In the documentary LOVING HIGHSMITH, Patricia Highsmith‘s private side is at the center: the diaries that were published in honor of her 100th birthday give intimate insights, former lovers appear in front of the camera (among them queer Berlin artist Tabea Blumenstein). The film asks the question: what do we know about the master of psychological thrillers – and what don‘t we? Born in 1921, Highsmith got her breakthrough after her first novel, Alfred Hitchcock adapted “Strangers on a Train.“ The adaptations of the Riply novels by René Clement and Wim Wenders followed. Posthumously, there were Hollywood productions of “The Talented Mr. Ripley“ and “Carol.“ The latter is a key work: Highsmith publised lesbian love story – iconic because of its happy ending – under a pseudonym and outed herself as the author shortly before her death. Along with the diary notes, atmospheric black and white photographs and interview footage show her willpower but also her vulnerability. “Writing is a substitute for a life that I can‘t lead,“ Highsmith once noted. In an interview she says she feels misunderstood within the crime genre – her focus isn‘t on murder but rather on guilt. This raises the question of how Highsmith viewed her own double life: she wanted to please her conservative mother while also exploring the gay clubs that were opening around the world. This portrait of a resilient woman, who got more and more bitter and discriminatory the older she got, isn‘t a simple declaration of love – it‘s above all a homage to a self-determined life.