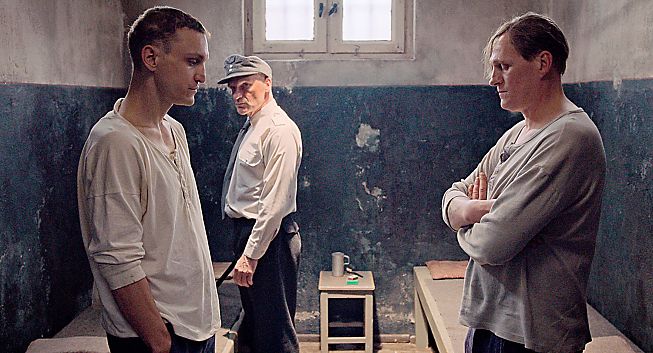 From the concentration camp directly to prison: Hans Hoffmann (Franz Rogowski) is gay and that is still considered a crime in post-war FRG. He meets Viktor (Georg Friedrich) there, who is in prison for murder.

From the concentration camp directly to prison: freedom is relative in the life of Hans Hoffmann (Franz Rogowski). First and foremost it means to be true to himself and living out his love for the same sex, no matter where, no matter how, even if he keeps ending up behind bars for it. Homosexuality remained illegal in the federal government long after World War II. The infamous Paragraph 175, criminalizing sexual acts among men, was only reformed in 1969.

And also Viktor (Georg Friedrich), who‘s in there for murder, has made peace with his fate. He‘s a traight, tough guy who sees tattooing as his art and wants nothing to do with Hans at first. But when they encounter each other more, the two of them slowly start to trust each other. The fact that they form intimacy, a deep affection that seems believable, happens thanks to the wonderful interplay of the two excellent actors in the center of the story. They make Sebasian Meise‘s precisely observed and deeply moving drama what it is: namely one of the most wonderful discoveries of this exciting cinematic year.

The story is in the dark for long stretches, heavy blue, gray, and black tones rule over the events. Yet the director and his camerawoman Crystel Fournier succeed in finding a feeling of hope and autonomy in the images, creating contrasts and accentuating places with barely any shadows. When Paragraph 1975 is finally dropped, Hans becomes boisterous and Viktor feels desparate. One leaves, the other stays. Experiencing the great freedom alone after all these years together isn‘t what it once was. 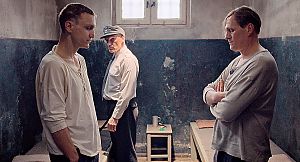 From the concentration camp directly to prison: Hans Hoffmann (Franz Rogowski) is gay and that is still considered a crime in post-war FRG. He meets Viktor (Georg Friedrich) there, who is in prison for murder.