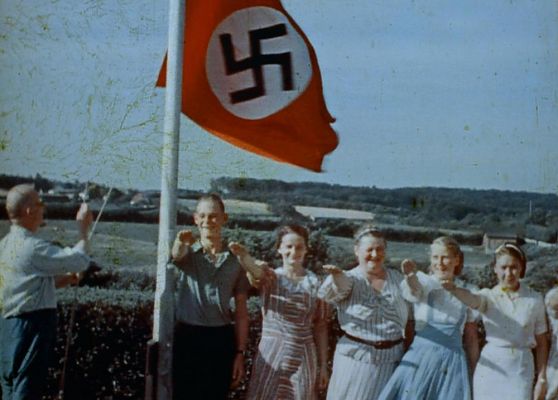 Luke Holland asked the perpetrator generation about their memories of the Nazi regime, their involvement and guilt for over 10 years.

“Monsters exist, but they are too few in number to be truly dangerous. More dangerous are the common men, the functionaries ready to believe and act without asking questions.“

This sentence by Holocaust survivor and writer Primo Levi is in the documentary FINAL ACCOUNT by Brit Luke Holland. The British documentarian has asked the last survivors of the perpetrator generation about their memories of the Nazi regime, their involvement and guilt since 2018. They were children in 1933 and they all went through the stages of Nazi education organizations. Schools closed during Kristallnacht because the children wanted to see it. The men would later become members of the SS, some were concentration camp guards. The women went to girl organizations, one worked as a bookkeeper in a forced laborer camp. They all sang the old song “Sharpen the long knive so they go better into the Jewish belly." Shrugging is the typical gesture of this generation. They all claim they knew nothing, didn‘t think anything of it, they couldn‘t do anything. SS man Karl Hollander reveres Hitler to this day, for SS man Herman Knoth the SS was society‘s elite, “not just physically, but mentally.“ The women claim they didn‘t have anything to do with it, they didn‘t know.

The retirement home neighbor says: of course they knew everything, they went to work in the village, if they could still walk. It stank when the corpses were burned. Only a few, like Hans Werk, are truly ashamed and admit that everyone knew what happened in the camps, what happened to the neighbors. The casualness with which the men and women report on what they saw and their own crimes is exasperating. Heinrich Schulze shows where he ratted out those fleeing from the concentration camps. What happened to them “he doesn‘t know.“ Shrug. The brutalization of indifference.

Hans Wierk speaks to a school class towards the end of the film at the house of the Wannsee Conference and is insulted by a young neo-Nazi who doesn‘t want to show his face because Wierk says he belonged to a criminal organization. There are tears in his eyes, he is almost pleading “don‘t be seduced!“ It seems to go ignored. The inhumanity keeps spreading in Germany.

While there were some German films about German perpetrators in the 80s – like Thomas Harlan‘s WUNDKANAL and UNSER NAZI – it seems like the German interest in the topic has waned. FINAL ACCOUNT made waves in the rest of the world. Filmmaker Luke Holland passed away in 2020. The film is dedicated to his murdered grandparents.