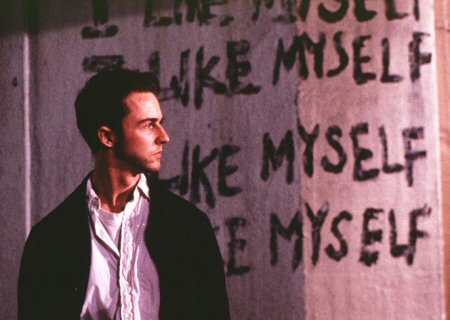 An office drone bored by his life of routine and consumerism cannot find a way to cure his insomnia until he meets the mysterious Tyler Durden, who introduces him to the world of the "Fight Clubs". Here, men can find back to their primal nature. But soon Tyler has bigger plans.

David Fincher's 1999 film provided a design for life for whole hordes of dissatisfied young men. Only much later did they realise that both the film and the novel it is based on were intended satirically.