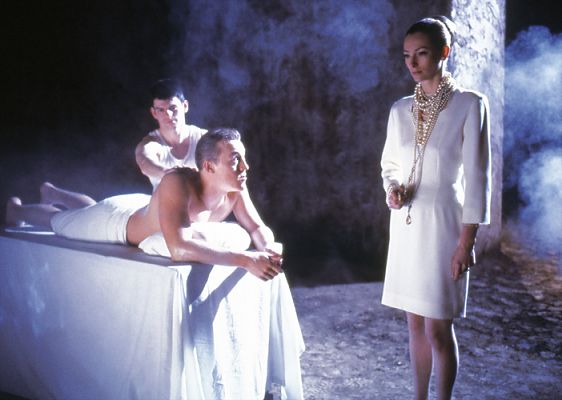 Derek Jarman's postmodern take on the reign of King Edward II, loosely based on the play by Christopher Marlowe. On the throne, Edward is more interested in his love for his friend Piers Gaveston than in his affairs of state, much less the affections of his wife Isabella (Tilda Swinton). Rejected, Isabella joins forces with the plotting Lord Mortimer (Nigel Terry), a plot that will lead the lovers to a horrible end.