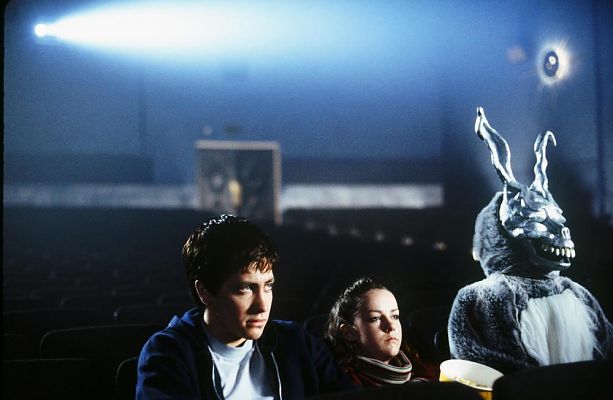 October 1988: Intelligent but mentally troubled teenager Donnie (Jake Gyllenhall) is visited one night by Frank, a giant humanoid rabbit who tells him the world will end in 28 days. It might all be in his head but on the other hand the fact he was out talking to Frank saved Donnie from being crushed by a jet engine that fell onto the Darko residence. An engine from a plane which is nowhere to be found.
While Donnie explores the mystery he also has to deal with the school's conservative ideas, a motivational speaker (Patrick Swayze) and developing feelings for the new girl at school, Gretchen (Jenna Malone). 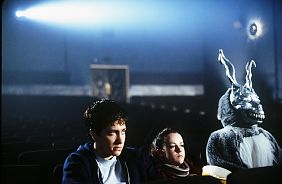