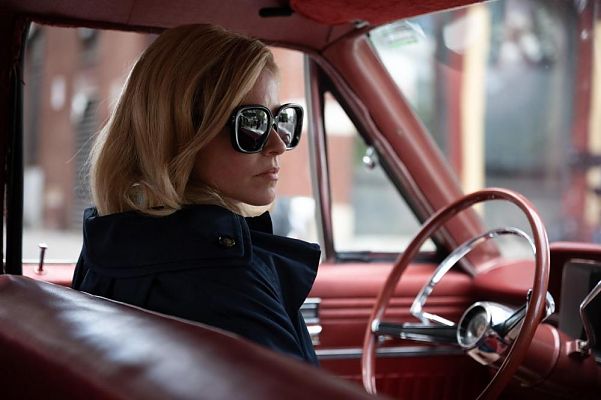 CALL JANE tells a fictionalized version of the formation of the “Jane Collective,“ a network of activists that performed hundreds of illegal, but safe, abortions in the 60s and 70s in Chicago.

The feature film CALL JANE by director Phyllis Nagy is a fictionalized version of the formation of the “Jane Collective,“ a network of activists who performed hundreds of illegal but safe abortions in the 60s and 70s in Chicago.

The protagonist of the screenplay by Hayley Schore and Roshan Sethi is Joy (Elizabeth Banks), the white, well-off wife of an up-and-coming lawyer who is a housewife and mother. When some life-threatening complications arise at the beginning of her pregnancy, her request for a medical abortion is denied. The film clearly shows what it means for her to be robbed of her self-determination and how lucky it is that she comes across the group headed by activist Virginia (Sigourney Weaver). With the help of a dubious but thorough doctor (Rupert Friend), they offer those who don‘t want to be pregnant medical and interpersonal support. Joy‘s political awareness is awakened and she joins the group.

The inspiration for Joy is the activist who went by the code name “Jenny,“ who was the first of the “Janes“ to learn how to perform abortions herself and passed on this knowledge to other women. She is a perfect protagonist to showcase the fascinating story of the collective – however due to the strong focus on one character and the conventional narrative style, other perspectives, like that of the only Black activist Gwen (Wunmi Mosaku), come up short. CALL JANE works best when we see the group debate on decisions together and you experience the ensemble of feminists as they work together. The scenes in which the abortions are shown in a matter-of-fact, detailed, and even humorous way seem totally subversive in the current US climate.