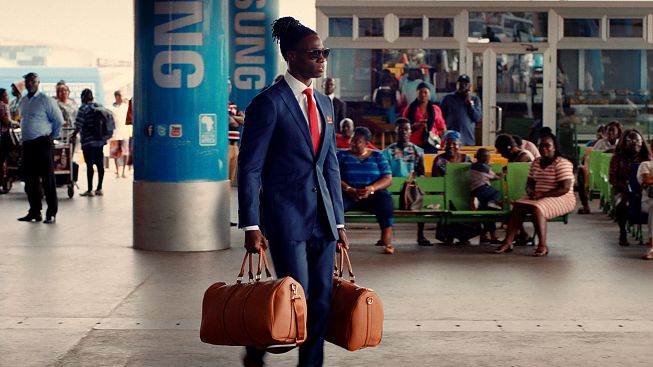 Brothers Kofi and Kojo are growing up on the electronic scrap landsfill by the gates of Accra, but they dream of a good life like the ones the “Borga“ have, the Ghanaians who have made money abroad.

Clinking metal, junk as far as the eye can see, and children digging in the rubble amongst it all. Brothers Kofi and Kojo grow up on the electronic scrap landsfill by the gates of Accra. To them it‘s a playground, a living space and a gold mine. Two kilograms of electrical parts can buy them a coke. Their father wants more for his sons. They go to school and can read and write, unlike their friends. But years later, the now young men live in the same hut, are digging through the same junk, and dream of a good life. Like the one Borgas have, the Ghanaians who have made money abroad. When Kojo gets the opportunity to flee with a friend to his Borga uncle in Germany, he seizes it.

BORGA follows Kojo resolutely. His story isn‘t a one of success or suffering. He is an agent of his own life, even though he has to find intermediate solutions. Countryman Bo, electrical scrap exporter and drug dealer, offers Kojo an opportunity which will allow him to support his family and bring him back to Accra. But instead of a friendly welcome, a bitter Kofi awaits him. Because Kojo is not the rich Borga uncle, the family gets manipulated and has to pay for overpriced food. Soon Kojo realizes the dangers lurking behind the electrical scrap deliveries from Germany.

Director York-Fabian Raabe came upon this topic while he filmed a short film in Ghana. Kojo actor and co-producer Eugene Boateng brought an important perspective. BORGA shows: the capitalist crisis is always also a humanitarian one. The film won two awards at the Max Ophüls Festival: as the best feature and the prize for the most socially relevant film for Eugene Boateng.