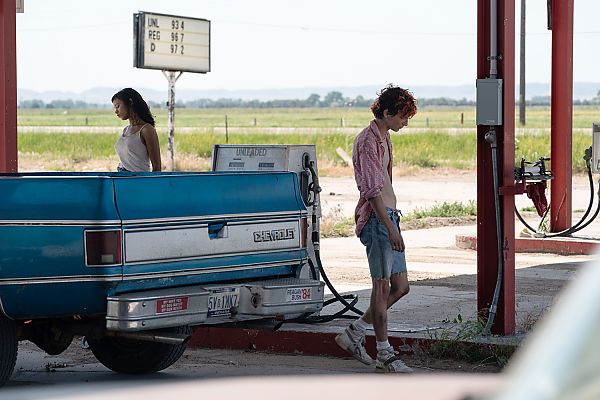 Shy cannibal Maren (Taylor Russell) is searching for her mother and finds vagabond Lee (Timothée Chalamet), a soul mate, along the way,

You could easily imagine that a cannibal story titled BONES AND ALL wouldn‘t take long to show blood and bones, yet when shy Maren (Taylor Russell) take her first bite, it manages to be deeply shocking, especially because the teenager doesn‘t quite know why she sometimes has these flesh cravings. Her father has just realized what happened (again) and immediately packs his essentials and demands that his daughter do the same. Shortly after, they are on the run in another state, another temporary home, where no one knows them and no one can guess Maren‘s fate. But soon her father can‘t handle dealing with the burden of the secret. An audio recording is all that he leaves his daughter behind, and so Maren embarks on a search for her mother, whom she never knew, to find answers.

What Italian director Luca Guadagnino does with the film next is less brutal – similar to his wonderfully emotional love story CALL ME BY YOUR NAME – and characterized more by a remarkable sensuality. It continues to be a bit dark for a bit, because Mark Rylance in his role as the mysterious and hardened cannibal Sully, who literally tracks Maren with his nose, does so perfectly. But as soon as Timothée Chalamet‘s cagy drifter Lee enters the picture, Maren discovers a soul mate, who is battling with his own difference at least as much as she is. The gentle romance that develops from there on is the heart of the film, which is packaged as a road movie in 80s flair and handles its characters so gently that it deftly avoids any clear genre categorization. At its best moments, BONES AND ALL is an emotional balancing act that goes deeply under the skin. 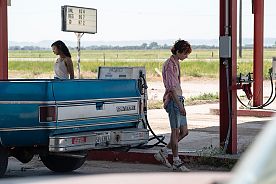 Shy cannibal Maren (Taylor Russell) is searching for her mother and finds vagabond Lee (Timothée Chalamet), a soul mate, along the way,