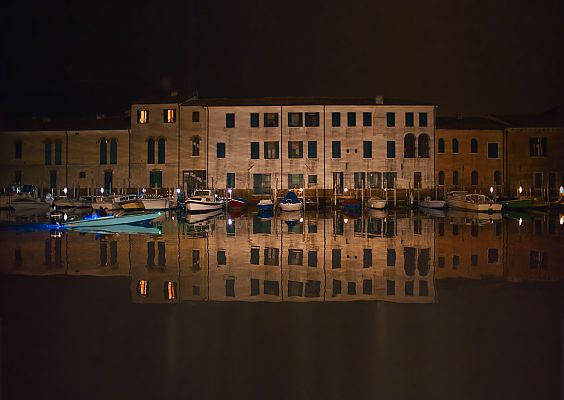 Artist Yuri Ancarani spent four years among young speedboat drivers in the lagoons of Venice. His semi-documentary film ATLANTIDE is a trip made up of speed and sex, racing at sunset and floating across the old city.

Venice as a thrill of speed and the absolute determination of going to the outer limits. Artist Yuri Ancarani spent four years in the subculture of young speedboat drivers and made the semi-documentary ATLANTIDE along the way. ATLANTIDE is one of the most visually and atmospherically impressive films that have come out this year, a cinematic poem about life – and sometimes death – on the water. The young men pimp their small boats with huge engines, LED and stroboscope lighting and a hi-fi system that‘s as loud as can be with hardcore and minimal techno and sometimes Italian hip hop blasting out of it. The girls sit and lounge alongside it, the boats are named after them, and when the relationship ends the stickers with their name are scratched off. The clique meets at the monastery island San Francesco del Deserto. They tan, the boat bobs up and down, they smoke weed, the sound booms. Nearby, a monk hacks away at some weeds from the monastery flower beds to the techno music. Daniele would like to be part of this, but his boat isn‘t fast enough and the engine is leaking. He buys a bigger engine and steals a propeller. Of course this comes out, but before that happens he finally dares to go to Venice and present himself. Intoxicating sex, intoxicating images of speeding at sunset, floating across the old city, glances, bridges, bodies. ATLANTIDE is a trip. This form of the incidental documentary gaze with a total hyperproduction of sound and camera images actually succeeds in conveying a lifestyle that was last seen in Fred Kelemen‘s VERHÄNGNIS and FROST. Some would call it “authentic,“ but the style is everything here, in the film as well as in the lives of the young men. 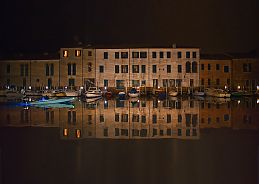 Artist Yuri Ancarani spent four years among young speedboat drivers in the lagoons of Venice. His semi-documentary film ATLANTIDE is a trip made up of speed and sex, racing at sunset and floating across the old city.