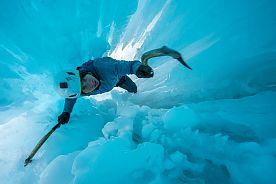 APPROPRIATE BEHAVIOR is the first feature by Desiree Akhavan, author of the web comedy series THE SLOPE. After the recent break-up with her girlfriend, the bisexual Shirin drifts through her Brooklyn life making things worse by antagonizing her ...

In 1972, in the middle of the cold war, the brilliant but disturbed American chess wunderkind Bobby Fischer challenges the Russian champion Boris Spasski in the world finals in Iceland. The game becomes a proxy war by the two super powers. 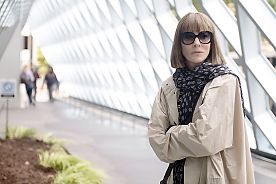 Cate Blanchett is Bernadette Fox. Once a celebrated architect in LA, she is now a feared, eccentric neighbor and mother in Seattle. 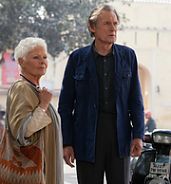 The BEST EXOTIC MARIGOLD HOTEL is still a run-down hotel in India’s Jaipur where a group of eccentric Englanders, played by the crème de la crème of British actors, and under the supervision of the young, hyperactive, hotel owner Dev Patel, ...

A STREECAT NAMED BOB is based on the international bestseller of the same title which in turn is based on a true story. When London junkie and busker James is befriended by a ginger cat he manages to overcome his addiction.

Based on a screenplay by Nick Hornby, BROOKLYN follows young Eilis as she emigrates from Ireland to the US in the early 1950s. 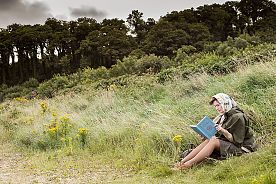 England in the 1950s. Florence Green has a big dream. She wants to open a bookshop in the small fishing village Hardborough. Her friendly and brave untertaking is met with unexpected resistance from the local cultural elite.

11 year old Stet, a kid from the wrong side of the tracks, loves to sing. When his mom dies and his absent dad packs him off to an elite choir school, he has the chance to develop his unique talent, yet the odds are stacked against him.

Tom Hooper’s (THE KING’S SPEECH) lavish reimagining of the life of Lili Elbe, one of the first transsexuals ever to undergo sex reassignment surgery. 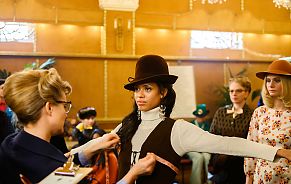 The Miss World beauty contest in 1970 is hosted by comedian Bob Hope and transmitted from London to the entire world. The newly founded “Women‘s Liberation Movement“ decides to protest against the sexism of the event. 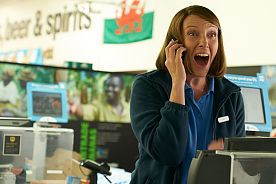 Based on a true story: a Welsh village community starts race horse breeding and raises a winner in an allotment garden.

A kaleidoscopic documentary that touches on different aspects of the principle of fairness – what do people view as fair? Is fairness hereditary or acquired? The film introduces us to people from all over the world who are committed to making the ...

Coincidences don’t exist in the world Zac and Marie inhabit. The destiny of each individual is measured by their personal frequency. It is unchangeable and is measured at the end of elementary school - determining the course of their life. ...

Chadwick Boseman gives an electric performance as James Brown, the "Godfather of Soul".

And So It Goes

WILD is based on the autobiographical bestseller by Cheryl Strayed, a woman who decided to hike the Pacific Crest Trail on her own as a way to recover from a recent life crisis. The trail runs along from southern California to the mountains of ...

A love story and real estate fairy-tale with Diane Keaton and Brendan Gleeson. American Emily sees a man swimming in a pond from her skylight in her London apartment. Donald is illegally living in a self-made hut in the park that is about to be ... 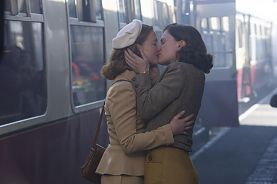 Tell It to the Bees

When Lydia is thrown out of her apartment with her 8 year old son Charlie, Jean, her doctor and a beekeeper, offers her a job. Soon rumours about the two women spread around the Scottish village...

Londoners Milly (Toni Colette) and Jess (Drew Barrymore) have been best friends since childhood. When Milly is diagnosed with cancer Jess faces the ordeal with her but the demands of the illness eventually put a strain on their friendship.

An Inconvenient Sequel: Truth to Power

AN INCONVENIENT SEQUEL: TRUTH TO POWER is Al Gore’s answer to climate change deniers who currently make up the US government. The film follows Al Gore during his tireless campaign, gives evidence of climate change, and commends the development of ... 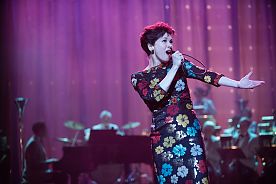 Renée Zellweger plays Judy Garland at the end of her career with full commitment walking the fine line between high tension and losing control.

Magic in the Moonlight

Stanley (Colin Firth), a renowned magician, and Sophie (Emma Stone) a young American spiritualist meet at Côte d'Azur in the late 1920s. Stanley is convinced that he can unmask Sophie as a fraud, but instead succumbs to her own brand of magic.

New Zealand in the 1960s. Tamahani Mahana, patriarch of the Mahana Family, rules his clan with an iron fist- Only 14-year-old Simeon dares to rebel and even question the feud with the Poata family.

Energetic New York widow Manie (Susan Sarandon) moves to L.A. to allegedly support her adult daughter Lori (Rose Byrne), but in fact her real reason for moving is to fill the void that her late husband left behind.

Mike Leigh tells the story of the last years of the British painter William Turner who developed an impressionist sensibility 50 years before the French impressionists entered the scene. Timothy Spall as Mr. Turner delivers the best performance of ... 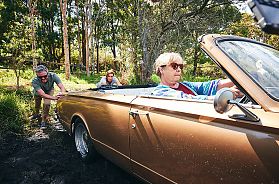 After five years of dementia, June suddenly has a “lucid phase“ and is shocked to find out that the family has fallen apart in her absence. She proceeds to straighten things up with matriarchal vehemence.

The Man Who Knew Infinity

Based on the eponymous bestseller by Olga Gryasnowa from 2012, Pola Beck tells the story, both quickly and sensitively, of a global generation that continually recomposes its own coordinate systems of “home“ and “family.“

WHAT WE DID ON OUR HOLIDAY

The McLeon’s are in the midst of a divorce but decide to travel with their children to a family birthday gathering in Scotland and pretend they are one big happy family.... 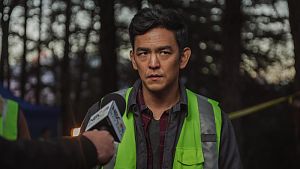 SEARCHING plays out entirely on a laptop screen. David Kim‘s relationship with his daughter has become more distant since her mother‘s death. When his daughter disappears without a trace, he desparately tries to reconstruct what could have ...

Based on a true story TRUE STORY explores the uneasy relationship of two professional storytellers and liars: the journalist Michael Finkel and the suspected murderer Christian Longo.

15 years ago 13 year old Una and her 30 year old neighbor Ray had a type of relationship. Ray was convicted of abuse. He has built a new life for himself but Una is still asking herself what happened back then. She seeks Ray out. 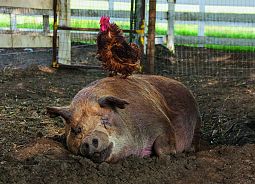 A couple wishes to do their bit for a better global future by starting an organic farm in California. They have a rocky road ahead. 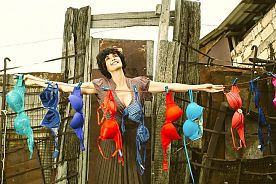 In Veit Helmers dreamy film with no dialogue, an old train driver is looking for the owner of a blue bra that got caught in his train. 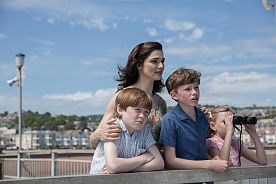 In 1968 amateur sailor Donald Crowhurst takes part in the Sunday Golden Globe Race. The goal is to sail across the world without stopping. Things start going wrong right at the beginning, but Crowhurst cannot and will not give up. 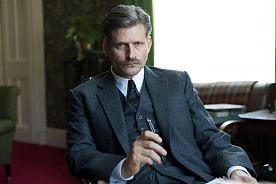 We Have Always Lived in the Castle

We Have Always Lived in the Castle | USA 2018 | Drama, Familientragödie, Gruselfilm | Stacie Passon | 12

Stacie Passon‘s adaptation of the eponymous Shirley Jackson novella looks like a colorful Young Adult novel adaptation at first glance, but the abysses soon open up more and more. 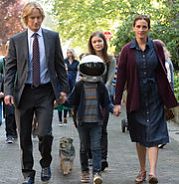 10 year old Auggie prefers to wear his astronaut helmet so that no one can see that his face is deformed from birth. But now he has to go to a normal school and learn to stand up to bullies and find friends.

Harriet Lauler (Shirley MacLaine) is a control freak. She assigns the obituary writer of her local paper (Amanda Seyfried) to write her obituary while she’s still alive. The problem is that no one, absolutely no one, has anything good to say about ...