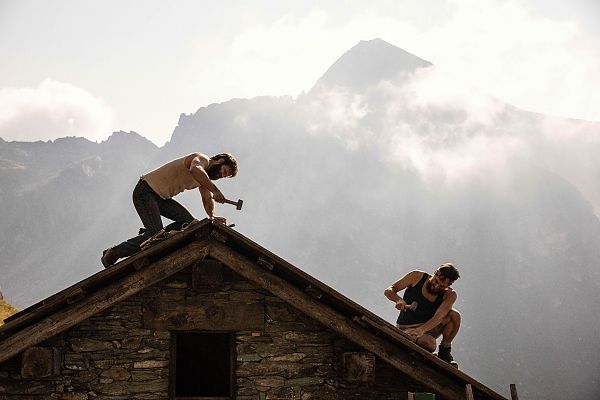 Over decades, two friends cross paths, lose touch and find each other again in a small mountain village in the Italian Aosta Valley.

Charlotte Vandermeersch and Felix van Groeningen wrote the screenplay to one of the most emotionally powerful films of the past decade, the bittersweet, musical love story THE BROKEN CIRCLE BREAKDOWN, which was based on a play by Johan Heldenbergh. With THE EIGHT MOUNTAINS, based on the eponymous novel by Paolo Cognetti, they are working together again and directing together for the first time. The novel tells the decade-long story of two boys whose paths cross in a small mountain village in the Italian Aosta Valley. Pietro comes from the city, Bruno is the last child in a remote area. Despite their differences, they become friends, but they drift apart when they become adults. While Pietro wants to explore the world, Bruno remains loyal to the mountain life. Fate brings them back together. Greatly supported by the powerful landscape and the two convincing actors Luca Marinelli (MARTIN EDEN) and Allessandro Borghi (SUBURRA), THE EIGHT MOUNTAINS is about different life paths and concepts, the loss and rigid adherence to ideals. Is it better to stay loyal to yourself or to search for change? Vandermeersch and Groeningen sensitively show us two lives that mutually enrich each other for two and a half hours. A relationship with hights and lows. It‘s the big themes – family, friendship and loss – dealt with on a micro level in a relationship between two people. It won the Grand Jury Prize at Cannes. Climbing THE EIGHT MOUNTAINS is a feat, but the view from the top is truthful and wonderful. 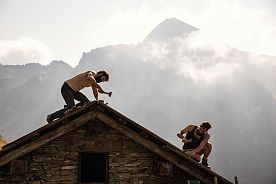 Over decades, two friends cross paths, lose touch and find each other again in a small mountain village in the Italian Aosta Valley.