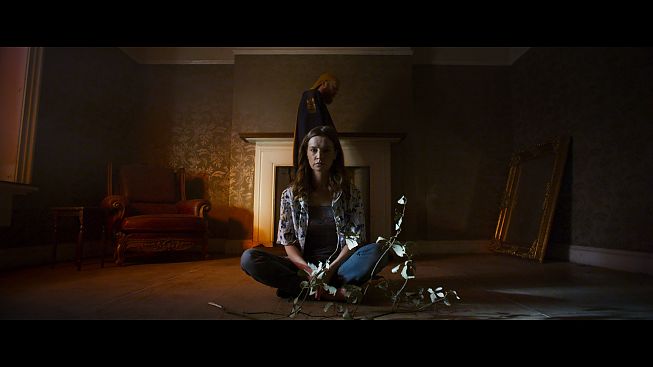 Sofia wants occultist Joseph to conduct the “Abremalin Operation,“ a long process that is meant to end with her facing her guardian angel who will be able to fulfil any wish. A Welsh indie occult horror film.

Sofia rents a dilapidated, unheated castle on the Welsh moors for a year with a bundle of cash. At the station, occultist Joseph, an internet blowhard with a shaved head and shaggy beard, waits for her. Sofia, who has depression which darkens her perspective, wants Joseph to conduct the “Abremalin Operation,“ a long process that is meant to end with her facing her guardian angel who will be able to fulfil any wish. Aleister Crowley allegedly tried to conduct this ritual, which stemmed from a magic book attributed to Abraham von Worms, but he stopped midway. This doesn‘t feature in the film, but it is present in the background. “Abremalin oil“ which you are meant cover yourself in and bake “light cakes“ with, can be bought for 10 euros.

Joseph has scattered a salt circle around the house. Both of them can‘t leave the house until the ritual is over, says Joseph. There are enough supplies for many months. The ritual begins with many mandalas and magic circles on the ground, markings are drawn on the skin as well as washing with ice cold water. Sofia finds the “blood sacrifice“ pretty disgusting, but she‘s determined. Not much happens, a bird just flies against a window. The relationship between Joseph and Sofia escalates. The first part of the film is mostly about whether Joseph is conning and exploiting Sofia. The “cleaning ceremonies“ which he does with her are sadistic and sexually loaded. A DARK SONG is more of a sexual psychodrama than a horror film for long stretches of time, but when you least expect it, something does happen. Occult horror films are rarely this ironically Catholic.