In 1970s New Jersey, FBI Agent Richie DiMaso catches up with con artists Irving Rosenfeld and his British lover Sidney. He forces them to work for the FBI to avoid going to jail. DiMaso pushes them into a world of corrupt Jersey politicians and ...

Navy SEAL sniper Chris Kyle's pinpoint accuracy saves countless lives on the battlefield and turns him into a legend. Back home to his wife and kids after four tours of duty, however, Chris finds that it is the war he can't leave behind.

Guardians of the Galaxy

A group of intergalactic criminals are forced to work together to stop a fanatical warrior from taking control of the universe.

Bradley Cooper plays Adam Jones, a jobless celebrity chef who is given one last chance to gain a third Michelin star. However, to achieve his goal the notorious egomaniac has to work in a team.

Joy Mangano invented the “Miracle Mop“ in the early 90s. Sales go rapidly up when Joy decides to front the household product herself.

LICORICE PIZZA is set in 1973, the oil crisis is imminent. In easy-going anecdotes, Paul Thomas Anderson chronicles the life of film producer Gary Goetzman, a friend of Anderson‘s, as well as the water beds, pinballs, celebrities and old records. 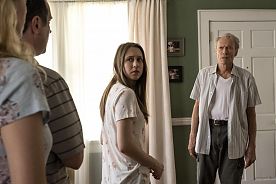 Earl Stone, a man in his 80s, is losing his business when he received a job offer that only requires him to drive a car. Without knowing it, Earl was hired as a drug mule by a Mexican cartel. 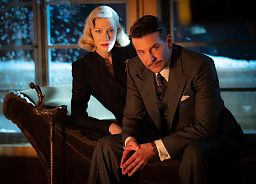 In del Toro‘s remake of the noir classic from 1947, Bradley Cooper plays prowler Carlisle who lands in a carnival as a temporary employee, quickly works his way up, and ultimately becomes a popular medium in high society.

North Carolina in the late 1920s. When George Pemberton meets the wild and ambitious Serena he believes he has found his equal. Together they begin to build a timber empire in the remote Smoky Mountains. A dark and epic tale by Danish director ...

Pat moves back in with his parents after he loses everything: his job, his wife, his house. When he meets Tiffany, the two strike a deal: Tiffany will help Pat get his wife back but in return he must enter a dance competition with her. 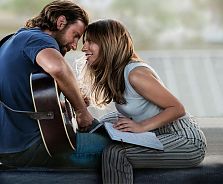 A Star Is Born

Lady Gaga as Barbra Streisand as Judy Garland plays a singer who becomes a star while the male star who discovers her succumbs to his alcohol and drug addiction. The fourth version of the material – not counting variations like ALL ABOUT EVE, ...